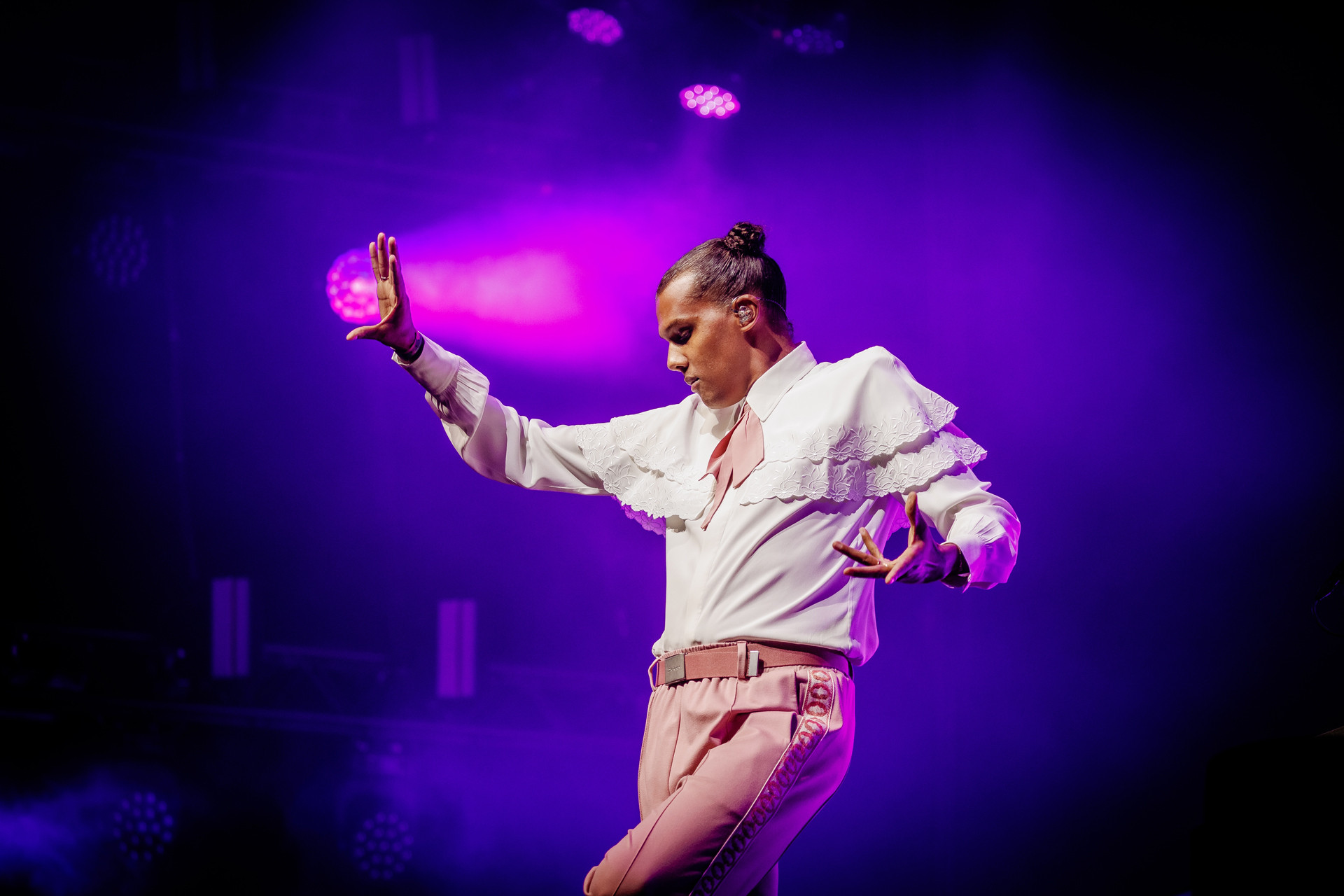 Stromae dancing during one of the concerts of the tour

PRODIGY.MC on tour with Stromae

As the tour of singer Stromae continues around the globe and dates keep filling up in the blink of an eye, David Nulli, Technical Director at MPM, the company selected for the sound system, gives us some details and impressions about DirectOut’s PRODIGY.MC at the heart of the FOH configuration. 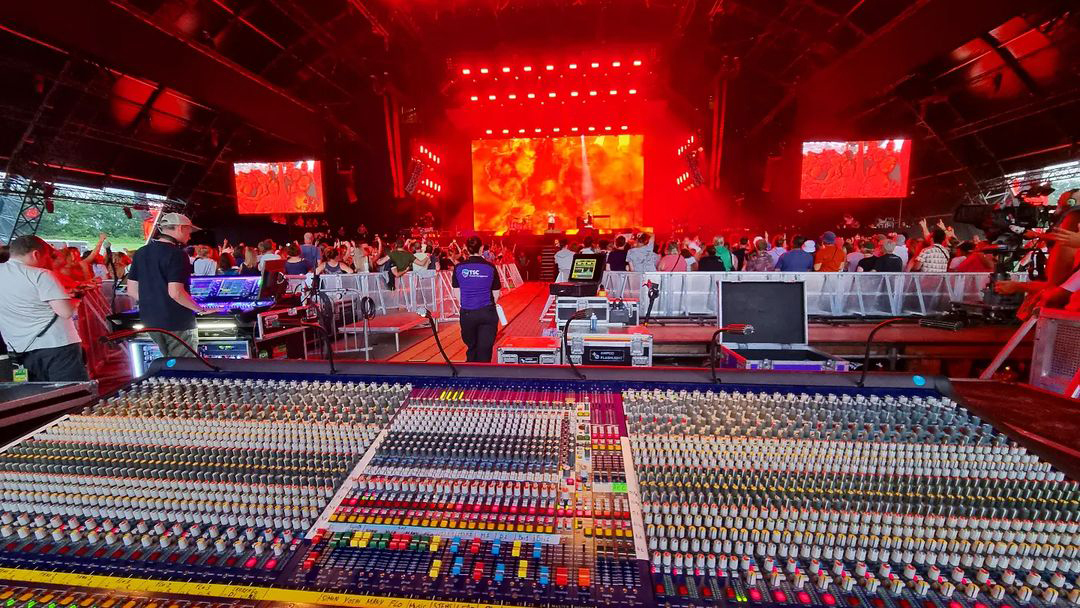 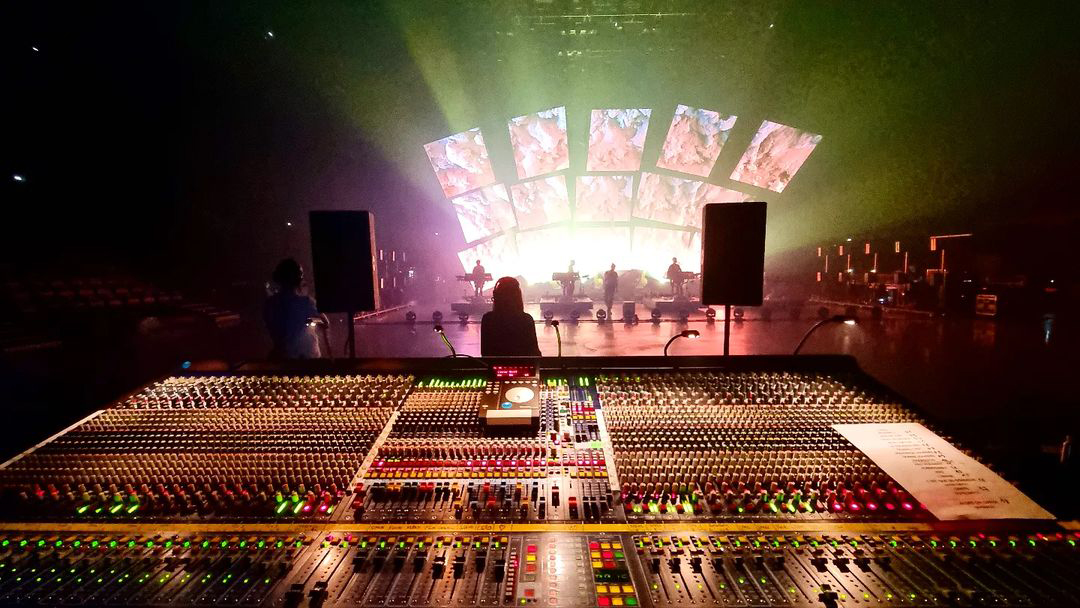 "The Optocore signal from the DiGiCo Quantum7 monitoring console is converted into a MADI stream which is sent directly to PRODIGY.MC. Then, the latter converts it into an analog signal which is provided to the Heritage 3000" comments David Nulli. "At the same time, we are recording the show with a Mac connected to PRODIGY.MC via Dante. We have also created a snapshot accessible from the touch screen of the device, allowing us to switch to Virtual Sound Check mode. When this is triggered, Dante streams are converted into analog and are sent to the Heritage 3000, which is used for monitoring and mixing.” 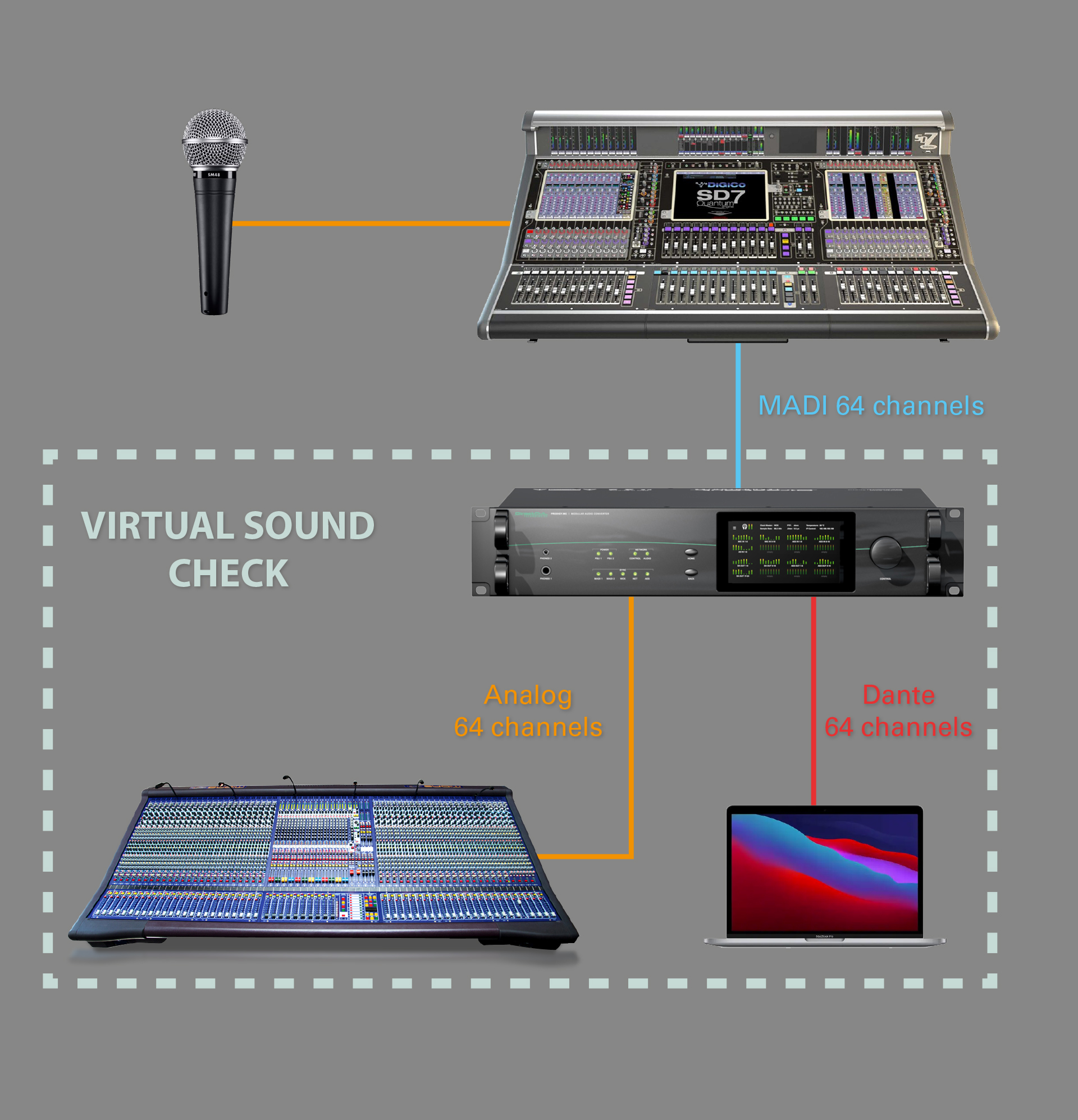 David Nulli reaffirms his enthusiasm for PRODIGY.MC: "The latency between a microphone input leaving the stage and its converted version reaching the Heritage console is 0.8ms! It's downright amazing to have so little latency!!!" 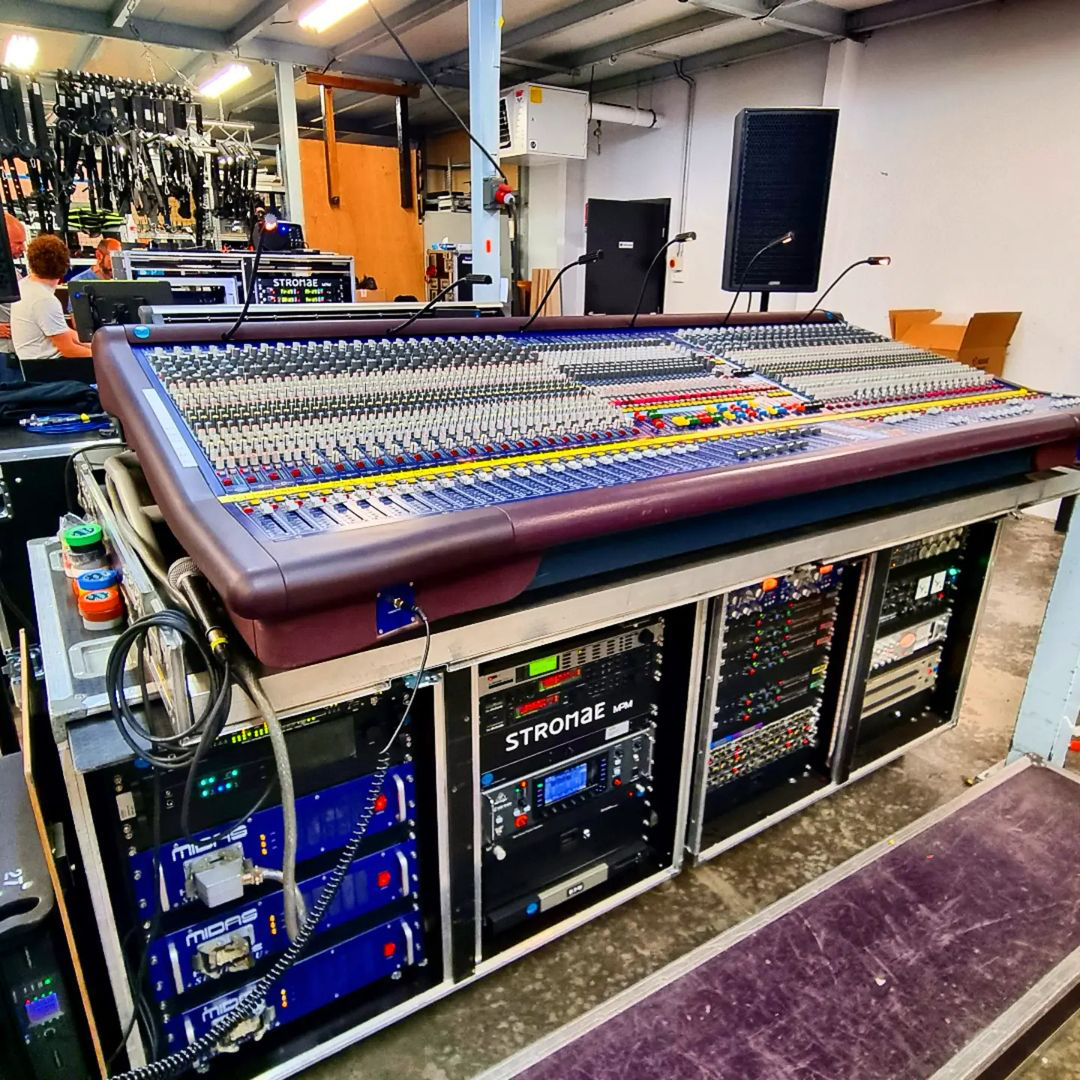 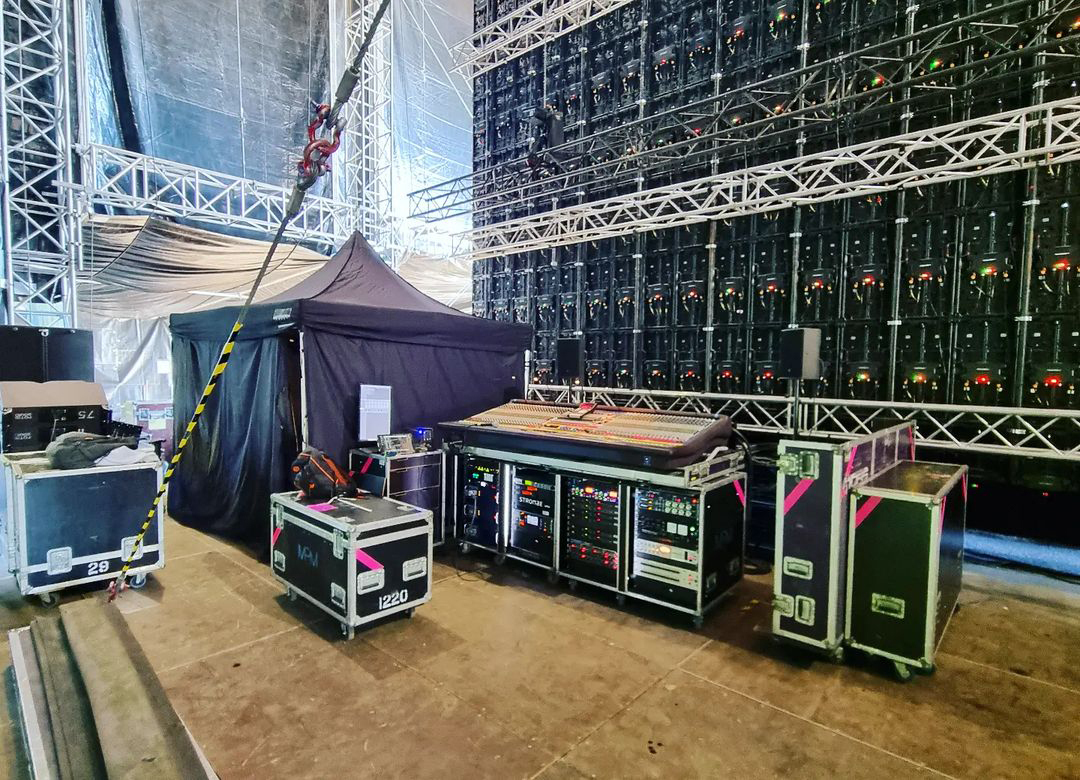