Victor Chaga is a composer, recording engineer and on-set music editor who works primarily in the film industry. Originally from St. Petersburg, Victor studied music and engineering in Chicago before moving to California, working alongside some of the top composers in Hollywood.

A recent location recording trip to Sardinia for an upcoming Hollywood film presented the perfect opportunity to test out the DirectOut PRODIGY.MC, a modular and highly flexible audio processor and signal router.

The shoot also presented a variety of unique challenges for the sound crew, including the possibility that locations could be changed around the rugged terrain at any moment.

“On this trip we knew we’d have a few different issues to overcome," explains Victor. "Treacherous terrain, huge distances, inaccessible recording locations. And we’d need to be able to adapt quickly too, because on these location shoots things change all the time.”

“So after talking back and forth with Synthax Audio UK, we managed to devise a system that would be relatively lightweight and mobile. At first I’d planned to use it solely for my setup - a laptop and an RME MADIface Pro on a camping table – to allow me to send everything I need over to Simon (Hayes) via MADI.”

“And then we quickly realised, because of the large channel count of the MADI format, we would be able to have everything running down a single MADI cable. All of my tracks, microphone feeds, comms - all of it - rather than quite literally tons of copper. So we started looking for a converter that could manage multiple analogue and digital formats, and also interface with Simon’s equipment.” 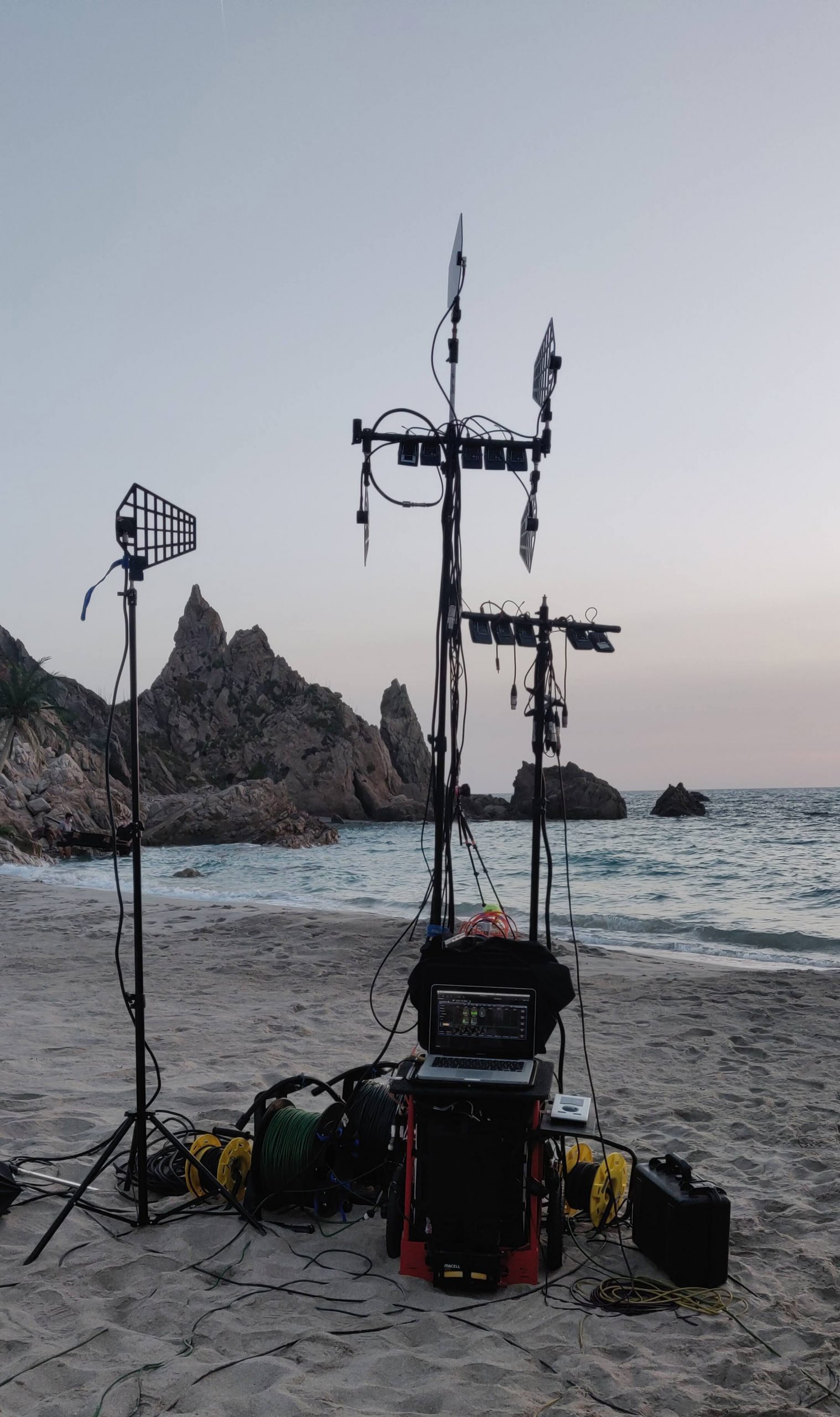 “That became the challenge. A, the number of inputs and outputs we were working with, both analogue and digital, and B, to find a single converter that could preferably do it all!”

“Thankfully we stumbled onto the DirectOut boxes – the PRODIGY.MC and PRODIGY.MP. The great thing about them is that they’re modular shells, so you can put whatever you want into them - you can stick two MADI cards in them, you can have Dante cards, AES, Ravenna. And then on the analogue side you can do mic pres as well as line level I/O.” 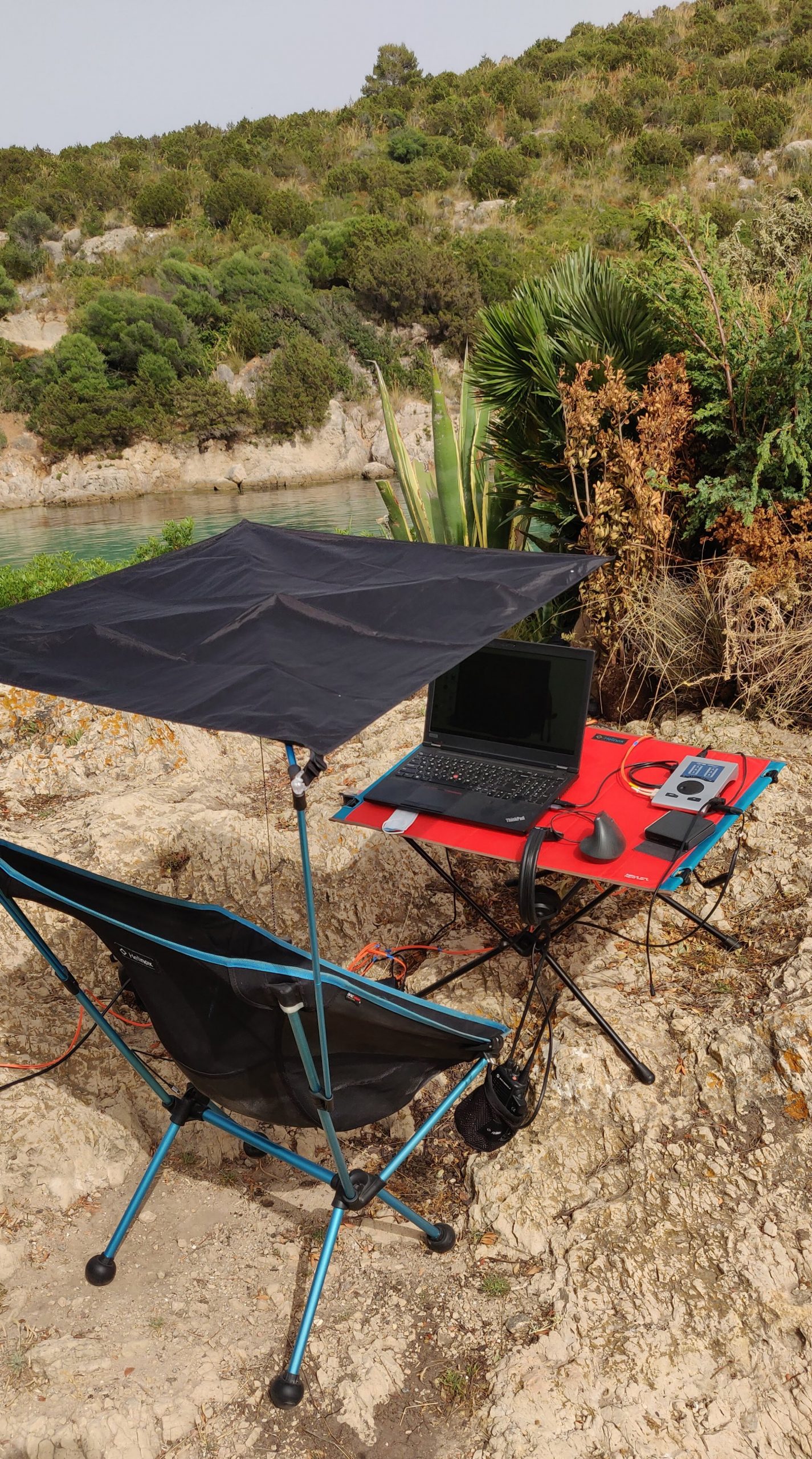 “So instead of having all this different kit that we’d need to lug around - a converter for each format - we could just have one box. A to D on one end, with all of the radio mics and all of the analogue gear going into it, and a D to A (and more D) on the other, that can receive this MADI stream and split it back out into AES and analogue.”

“This setup allowed us to eliminate, quite literally, racks of gear. And it worked out beautifully. Honestly, the PRODIGYs really go above and beyond. We ran them for 6 weeks, and every day we were in very poor conditions – outside all day, not in a studio, no temperature-controlled environments. 30 or 40 degrees of heat. Not to mention the dust! I mean layers and layers of the stuff, and the PRODIGYs just kept on going.”

“The modular aspect is also incredibly useful for us working in film. Because unlike a recording studio, where once you’ve designed a setup based on long term requirements, for 5-10 years ahead, the requirements on a film set could vary wildly from day to day.”

“And to be able to have a box like that, where you can say ‘okay, today we’ll be going MADI! Never mind - someone’s chewed through the optical cable - Dante it is! Or we can go analogue, or another digital format.’ I can swap out or include whatever card I want for this particular aspect of the job, this particular day, scene or shot. Yeah, that’s super useful.”

“I should also mention that I’ve been using a couple of DirectOut’s EXBOX.MDs too for converting MADI streams to Dante, which have been SOLID!”